Bitcoin has once again soared to new heights, rallying above $18K and hitting a high of $18,393.95 on CoinMarketCap at the time of writing. 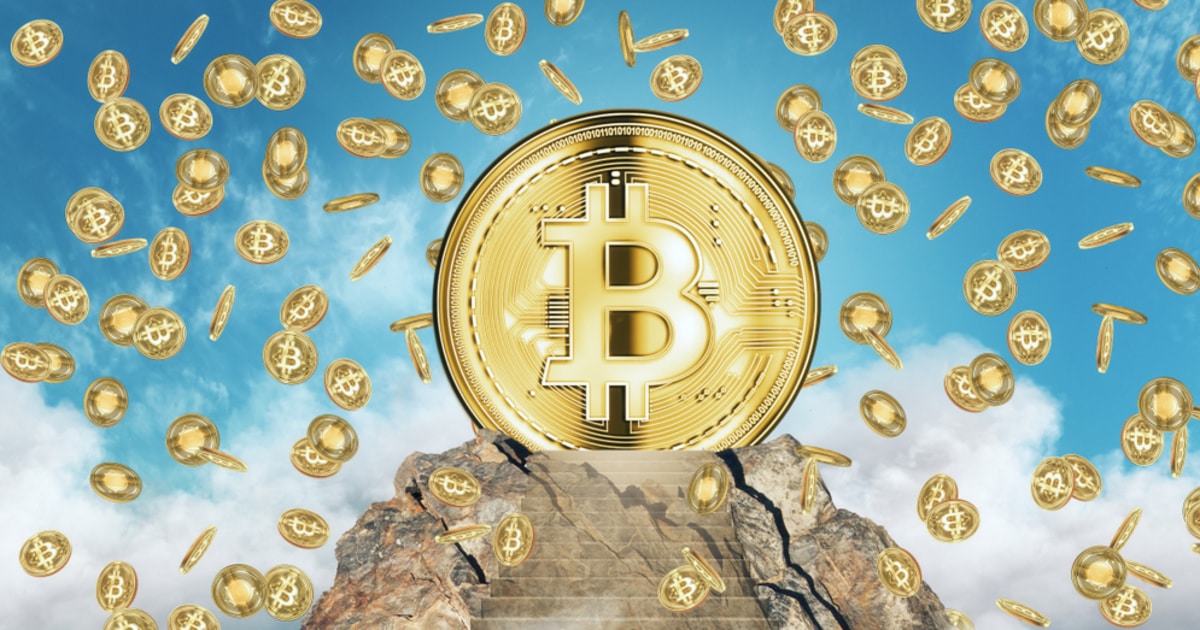 The mainstream cryptocurrency has seen exponential growth, and has exceeded all expectations, as it is the first time since 2017 that it has surpassed the $18K mark. Since its inception in 2009, Bitcoin’s price has only reached above $18,000 on four days. Speaking about Bitcoin’s surge past a crucial benchmark, MicroStrategy’s CEO Michael Saylor said:

“#Bitcoin is a monetary network that gets stronger as more individuals & corporations adopt it to protect their treasury reserve. The fire in cyberspace is spreading…”

In the past month, the digital asset’s price has increased by approximately 50%, led by many institutional investors endorsing Bitcoin.

MicroStrategy, Square, and Grayscale’s BTC investments have served to increase the market cap of Bitcoin and promote it as an ideal hedge. All three companies have diversified their treasury reserves with Bitcoin purchases, touting the cryptocurrency as a necessary investment in times of economic turmoil. Square jumped on the opportunity to purchase BTC when Bitcoin’s price was below $11,000.

With institutional investors turning to Bitcoin, the crypto asset has had an incredible run this year, as it was recorded around the $3K level only eight months ago. Bitcoin bull Cameron Winklevoss said:

“I’ve said this before but it bears repeating. There are 46.8 million millionaires in the world. There are only 21 million #Bitcoin – less than half will ever be able to own 1 bitcoin. Don’t miss the revolution.”

Needless to say, Bitcoin (BTC)’s rally has been greeted with much excitement by market traders, but market experts that have been closely monitoring the cryptocurrency had expected the digital asset to consolidate at the $17,500 level.

The difference with the 2017 Bitcoin rally

With new money pouring into BTC thanks to large-size institutional investments, a retracement of the cryptocurrency has been brought up, but market experts are still debating on when Bitcoin’s rally will end.

Compared to 2017, when Bitcoin reached its all-time high, the bull run is different this time, as money pouring into the crypto asset has largely been attributed to huge Bitcoin endorsements driven by institutional investors. In 2017, most BTC investments were reported to be driven by retail investors, meaning that endorsements were of a smaller sum. People also invested in Bitcoin because they had cases of FOMO (fear of missing out).

Crypto analyst Qiao Wang explained that though Bitcoin will undoubtedly continue surging, the gains may not necessarily be as high as traders are hoping for. He said:

“As bullish as I am on #BTC, I’m not expecting this bull market to be as big as the last one %-wise. I’d be happy with 30k-40k TBH. It really takes lot of money (sic) to move BTC. On the other hand retail money can take the sexy new narratives like DeFi a higher than your wildest dream.”

The crypto analyst suggested that decentralized finance protocols were only going to continue their upward trend, and that the craze surrounding DeFi has not ended yet.

The crypto space has been greatly transformed this year, with decentralized finance becoming a game-changer and revolutionizing digital assets in 2020. With the emergence of crypto, Bitcoin is sure to gain even more in the long run, as institutional support has only served to tout it as a safe proof investment.

MIT Cybersecurity Experts Warn Against Use of Blockchain Voting Systems

On-chain metrics provider Santiment has delved deeper into Ethereum’s uptrend and noted that its rally to $3k and beyond looks set.

Ethereum, the second-largest cryptocurrency, has breached the $2,400 mark and is currently hovering around $2,464 at the time of writing, according to CoinMarketCap. 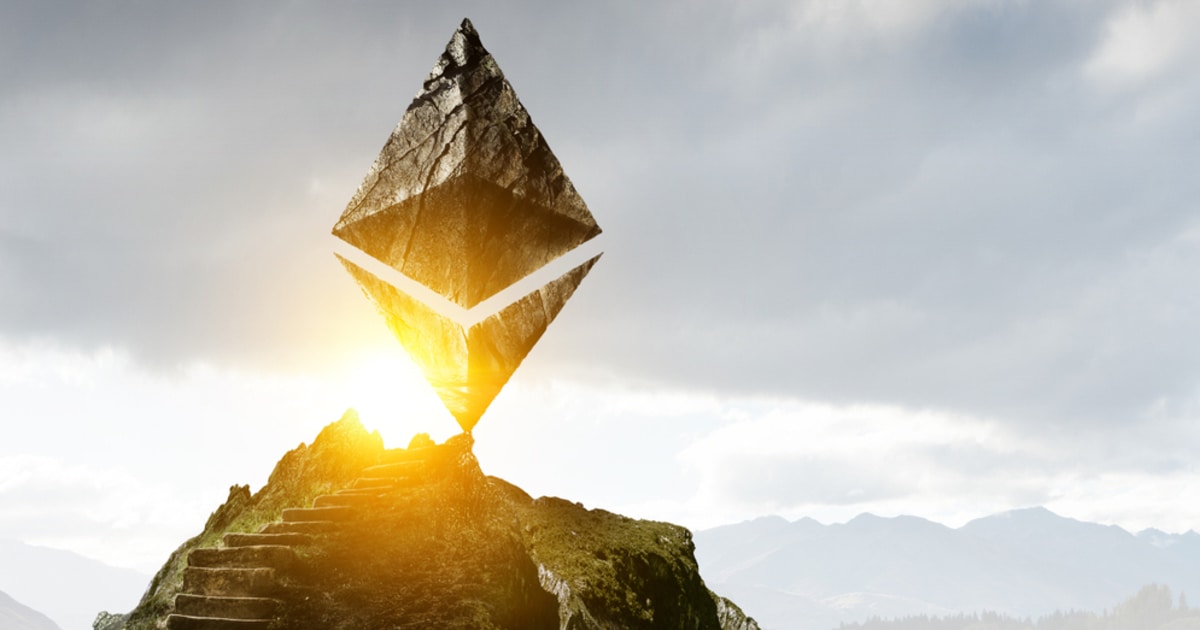 Ethereum’s presence in the crypto space is continuously being felt based on its notable milestones. Santiment has delved deeper into Ethereum’s uptrend and noted that its rally to $3k and beyond looks set. The on-chain metrics provider explained:

“Bitcoin and Ethereum being at record-high levels mean more opportunities for whales to make big moves.”

ETH’s bull run has been boosted by booming decentralized finance (DeFi) and non-fungible token (NFT) sectors, as well as the launch of Ethereum 2.0 in December 2020.

ETH 2.0 is seen as a game-changer that seeks to transit the current proof-of-work consensus mechanism to a proof-of-stake framework, which is touted to be more environmentally friendly and cost-effective. Reportedly, the total value locked in Ethereum 2.0 recently surged past $9 billion.

This can be attributed to the fact that the number of active ETH addresses has hit a 3-year high of 34,736, as alluded to by digital asset firm Glassnode.

As Ethereum Futures total open interest hit an ATH of $8 billion, time will tell whether ETH will continue with its record-breaking moves in 2021. 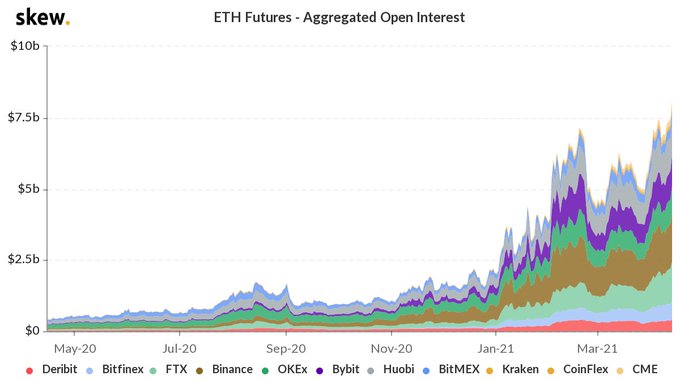 Market analyst Michael van de Poppe believes that it is only a matter of time until Ethereum scales to a new higher high of above $4,000 as its market capitalization of $286.6 billion is a stone’s throw away from that of PayPal’s at $312.95 billion.

HSBC has ramped up its anti-crypto policy, banning its clients from trading MicroStrategy stock as the banking institution deems it to be “a virtual currency product.”

HSBC has ramped up its anti-crypto policy, restricting its clients from trading MicroStrategy stock as the banking institution deems it to be “a virtual currency product.” 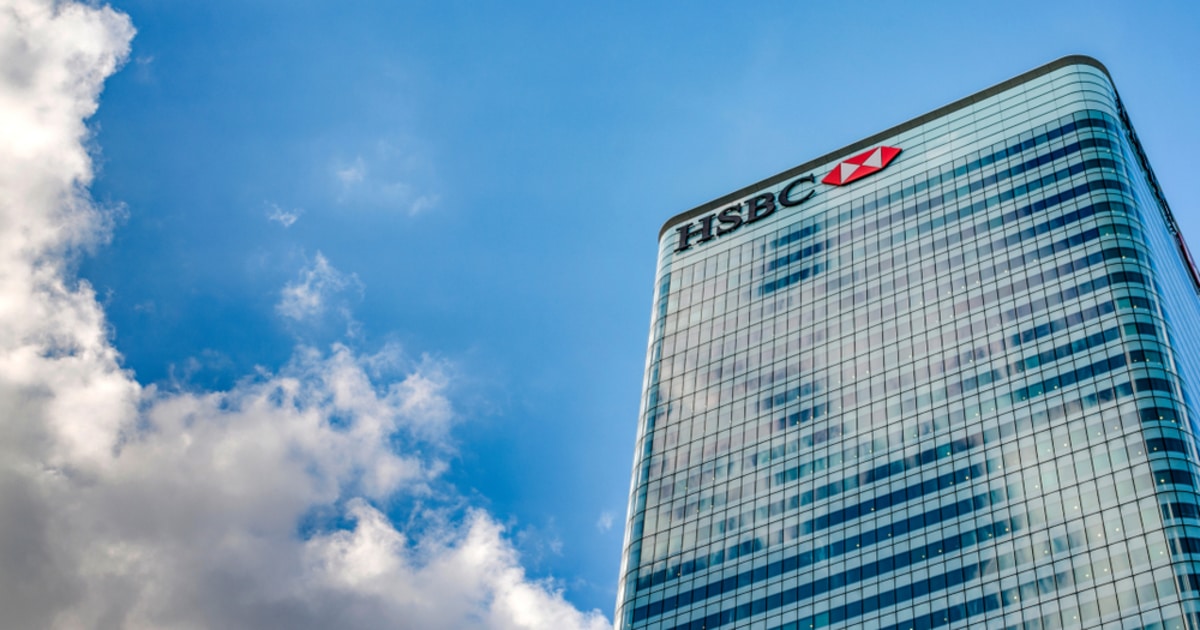 Per a statement from HSBC shared with Reuters:

In a statement released on March 29, HSBC said that it had revised its policy on virtual currencies. Consequently, clients can no longer purchase or transfer digital assets, but they can continue to hold them or sell them.

HSBC’s announcement comes at a time when major institutions have changed their views regarding Bitcoin. MicroStrategy leads the pack of institutions expressing a growing interest in diversifying their treasury reserve with the mainstream cryptocurrency.

Demand for Bitcoin and Crypto Skyrockets

Other leading institutions have also begun to recognize Bitcoin’s worth as a store of value. Last month, Morgan Stanley announced that its customers will now have access to Bitcoin fund investments. Eligible clients will have access to three Bitcoin funds, two of which originates from Galaxy Digital and one from a joint fund established by FS Investments and NYDIG.

Institutional interest has been the underlying rocket fuel that has catapulted Bitcoin to new heights. From the beginning of 2020 to now, BTC has experienced an incredible growth, increasing by 781%. At the time of writing, Bitcoin is trading sideways at $60,610.90, according to data from CoinMarketCap. Currently, Bitcoin appears to be consolidating before moving higher.

With the entire crypto market hitting a valuation of over $2 trillion, market experts are anticipating that this is just the beginning of digital assets entering mainstream finance. Justin Shuh, a senior trader at Wave Financial asset investment management firm, predicts that more and more crypto portfolios will soon emerge, as demand for cryptocurrencies rises. In an email shared with Blockchain.news, Shuh said:

“Now that crypto-assets are becoming more mainstream, large cap coins and tokens are big magnets for investors with direct market access. Investment trusts and funds are announcing additions to their product line up or inclusion in their offerings. Now that the investable base is wider, the sophisticated investor will likely distribute new risk across several blockchain protocols and create diversified or fragmented crypto portfolios similar to equities in the traditional world.”

The World Wrestling Entertainment (WWE) has announced that it will release non-fungible tokens (NFTs) featuring the Undertaker ahead of WrestleMania 37, which will run today and tomorrow at Raymond 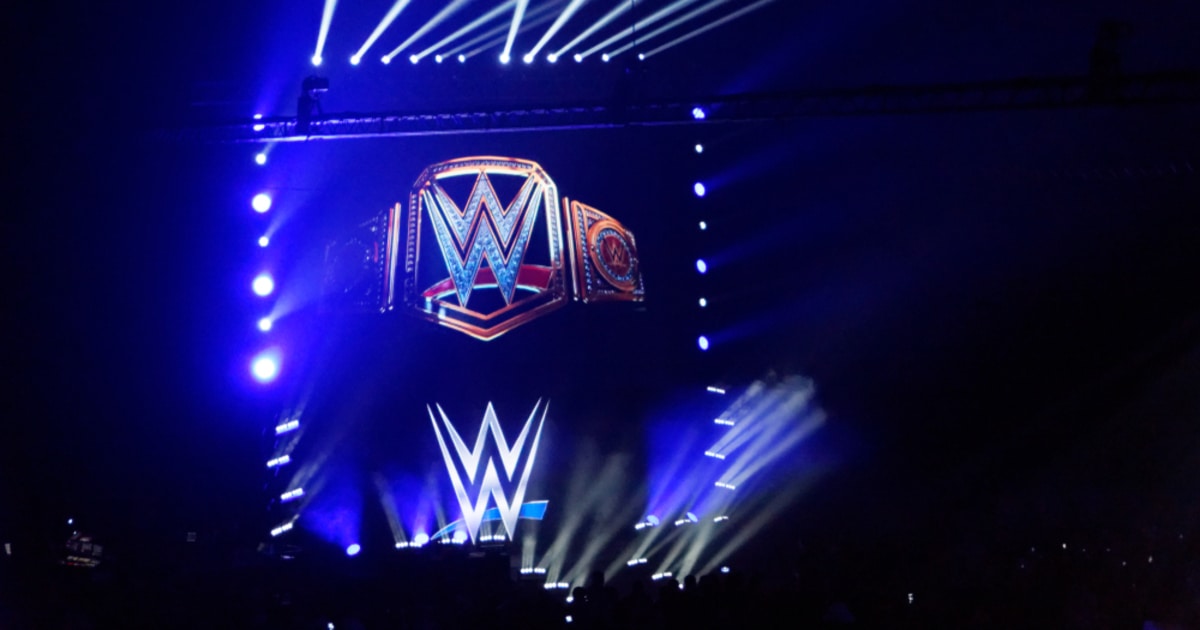 The goal behind the launch of these NFTs is to celebrate the Undertaker’s legacy and increase fan engagements. Of course, the Undertaker is recognized as the best WWE superstar of all time who won several titles during his wrestling career, including three-time World Heavyweight Champion and maintaining the longest unmatched winning streak at WrestleMania, with twenty-one wins and zero losses. The Undertaker retired from professional wrestling in November 2020, after 33 years of engaging in wrestling activities.

The WWE – the New York stock exchange-listed firm – has partnered with cryptocurrency wallet provider Bitski to roll out the initiative.

Silver and Bronze tiers have fixed prices of $1,000 and $100 respectively, with some limited offerings.

The higher bidder for the platinum tier will get two front-row tickets for WrestleMania 38 in 2022 and WrestleMania 39 in 2023, and also get VIP access, hotel accommodation, and a personalized video from the Undertaker himself.

In the recent past, Triple H, a retired professional wrestler and the current WWE executive vice president talked about the integration of NFTs into the sports during an interview with fight author and podcast creator Jeremy Lambert. However, he was unsure when such integration into wrestling sports would happen.

Non-fungible tokens (NFTs) are digital blockchain tokens that represent ownership of unique items (such as music, art, real estate or even casks of whiskey), whether physical or digital. They are something with units (value) which can be bought and sold like any other piece of property, but they have no tangible form of their own.

NFTs have become the latest craze in the digital and crypto asset world and the hype around such tokens has currently resulted in an explosion of digital art being sold via blockchain technology. Currently, there is a significant growing interest among investors in these tokens.

For example, Twitter founder Jack Dorsey recently sold his first NFT tweet for $2.9 million. A blockchain company recently bought a Banksy art piece worth $95,000. Millions of people across the globe have seen Beeple’s art sold for $69 million and the image has been copied and shared countless times.